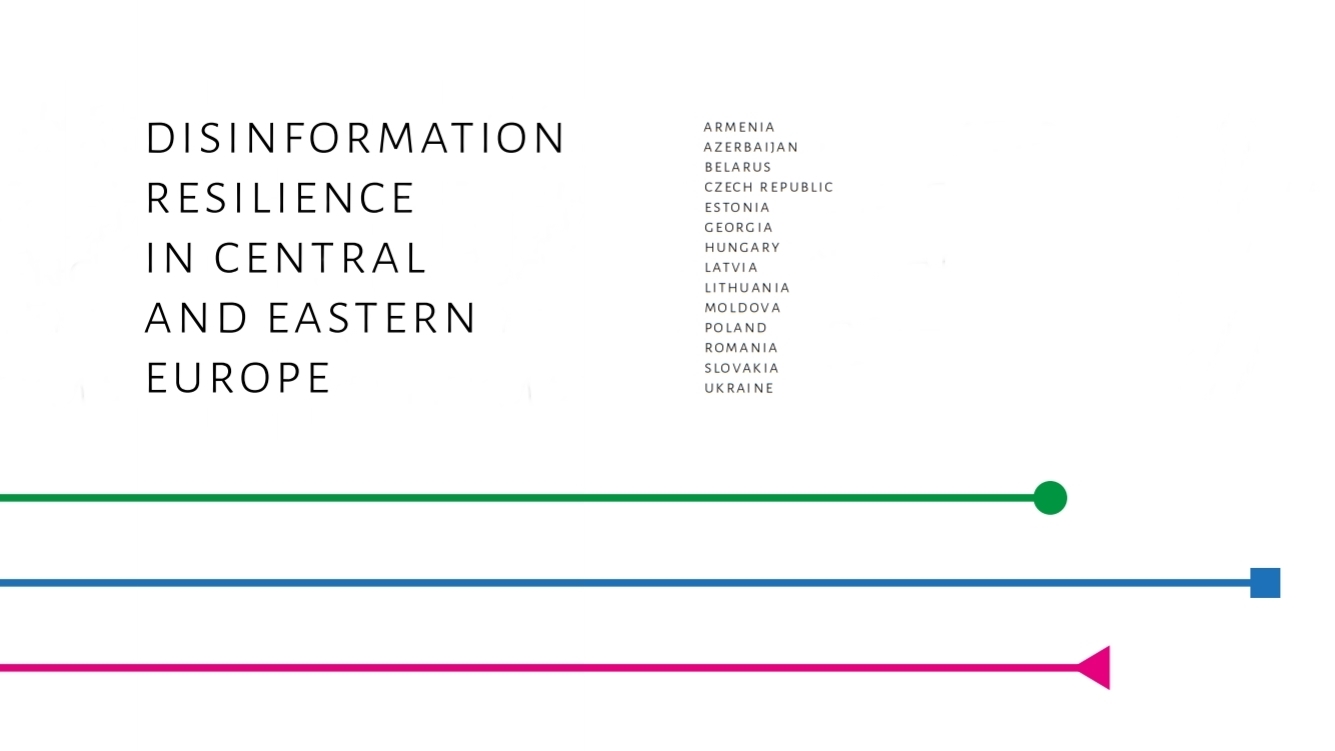 Unprepared & vulnerable: The resilience of the Slovak Republic to foreign disinformation campaigns

The first includes those Slovaks who feel a strong nostalgia for their communist past. Many of them feel socio-economically disadvantaged and perceive a low level of social security, especially when compared to the pre-1989 era.  A typical example is a representative of the lower middle class or working class, with basic education, working manually or unemployed, typically from a rural region. As the results of a poll by Focus in 2007, and another by Focus and the Institute for Public Affairs in 2014 suggest, most in this sector of society are retired people (age 60+), but the ratio of the negative perception of the system change in 1989 is also higher than the average in society within the 45+ age group (31.8%).

A surprisingly vulnerable group is composed of young people aged under 25. One of the main reasons, besides systemic flaws in the educational system, is arguably the grim future prospects for students with high school diplomas, and of those from disadvantaged socio-economic backgrounds, who are unable to find decent jobs. In September 2017, youth unemployment (under 25) was at 14.9% in Slovakia.

As the last parliamentary election in 2016 showed, a higher percentage of first-time voters supported the right-wing extremist party Ľudova Strana Nase Slovensko (LSNS), whose leader Marian Kotleba openly promotes his pro-Russian, anti-systemic politics based on anti-EU and anti-NATO rhetoric. As an example, in 2014, he sent a supportive letter to the then president of Ukraine Viktor Yanukovych. Later, during Kotleba‘s term as a chairman of the Banska Bystrica self-governing region, he welcomed members of the Night Wolves motorcycle club with the flag of the president of Russia raised on the government building. At the same time, 30% of young Slovaks are undecided about their country’s geopolitical orientation, which creates space for potential propaganda exploitation.

Most importantly, there are political parties in Slovakia promoting pro-Russian views. One of the most significant is LSNS (8.04% in the 2016 parliamentary election) with its pro-Russian political pan-Slavism and strong anti-EU and anti-NATO stance. LSNS is also connected with the rest of the far-right spectrum in Slovakia, which is very pro-Russian in general. However, pro-Russian tendencies can be observed even in traditional parties, especially in the nationalist conservative Slovenska Narodna Strana (SNS) (8.64%). Its leader, Andrej Danko, recently stressed in his speech in the Russian State Duma the importance of the common Slavic culture and expressed a will to cooperate with Russia in many areas, including education.

Furthermore, even the ex-Prime Minister Robert Fico, the leader of the largest ruling party SMER-SD, reflected a traditionally positive image of Russia among the Slovak population and of Slovak dependence on Russian gas in his ‘friendly-pragmatic’ condemnation of the sanctions against Russia.

The World Press Freedom Index placed Slovakia 17th in the world rankings in 2017, out of 180 countries. However, compared to 2016, Slovakia has fallen in the ranking by five places, mostly because of the growing number of defamation actions against journalists being brought by businessmen, politicians and judicial officials. Any journalist convicted of such an offence faces up to eight years in prison.

The recent murder of Jan Kuciak, member of an investigative team at Aktuality.sk, who was found shot dead with his fiancée on February 25, was the first time a journalist had been killed since Slovakia gained independence. This crime shocked the Slovak society and could lead to deep political consequences. Kuciak’s last published articles uncovered the activities of alleged ‚Ndrangheta mafia members in fraud and corruption allegations regarding EU funds and involved the relationship with high-ranking individuals in the Slovak government.

Despite some rumours of a lack of political impartiality, for example in the case of TA3, there have been no signs of pro-Kremlin narratives from any of the significant TV broadcasters on any of the mentioned channels broadcast in the Slovak language. Probably the most important ‘alternative’ radio station is the Internet radio station called Slobodny Vysielac, which serves as a hub for the disinformation spreading community and individuals.

Regarding mainstream print media, no title has a pro-Russian bias. There are, however, some marginal weekly and monthly magazines, such as Literarny Tyzdenník and Nove Slovo, which support pro-Russia views. The most important one is Zem a Vek, a monthly magazine spreading hoaxes, pro-Russian propaganda, and conspiracy theories. There are no reliable data available, but according to Tibor Eliot Rostas, editor-in-chief of Zem a Vek, 25 000 copies were published monthly in 2015, and there were almost 7 000 subscribers. According to the Global Trends study by GLOBSEC Policy Institute, 12% of respondents consider online disinformation sites as a legitimate source of information, while 40% of respondents do not trust mainstream media.

Pro-Kremlin narratives (‘NATO wants to destroy Russia’, ‘Russia is the only protector of conservative values and traditions while the West is decadent’, ‘a U.S. military base is planned in Slovakia’ etc.) are mostly visible on the Internet. In 2015, there were at least 42 web pages of Slovak and Czech origin spreading Russian propaganda. One of the most popular websites spreading pro-Kremlin narratives (‘Putin forces out dollar with golden rouble’, ‘Brits are ready to emigrate to Russia en masse’, ‘OSCE observers confirmed illegal organ transplant stations in Ukraine’) is a news website called Hlavne Spravy. The limited long-term impact of ‘alternative media’ is also confirmed by Snídl, which stresses their ability to reach a wider audience through specific topics such as migration. According to the activist Juraj Smatana, who was first to come up with a list of web pages spreading pro-Kremlin propaganda, it is a decentralised network with three main branches: anonymous websites publishing lies and disinformation, half-anonymous websites without any names (but their owners willing to communicate via email or telephone), and web pages with published real names of the authors. The components of this network are very closely interconnected, with social media being the main tool of connection.

Fact-checking and debunking initiatives are deeply rooted within the Slovak civil society. Some projects were initiated by individual activists while others were created under research think tanks or NGOs. The first Slovak fact-checking project, Demagog.sk, was founded in March 2010, inspired by PolitiFact.com and FactCheck.org, political fact-checking projects monitoring public speeches and political campaigns in the U.S. Since its foundation, the Demagog.sk team has analysed about 700 political debates and more than 13 000 statements.

Regarding fact-checking or debunking propaganda stories, hoaxes, and fake news coming from various sources, the first reaction in Slovakia came on an individual level, from anti-corruption and civil society activists. Secondary school teacher Juraj Smatana published the first version of his list of websites spreading disinformation in 2015, and he also created a popular Facebook page focused on debunking hoaxes and fake news (Dezinformacie Hoaxy Propaganda). Activist Jan Bencik systematically reveals and publishes stories on his blog about Slovak far-right extremists and their ties to separatists fighting in Donbas. As Tomas Cizik, director of the Centre for European and North Atlantic Affairs, commented: ‘Civil society and NGOs are most active in countering disinformation campaigns in Slovakia. They are organising public debates, seminars for students and teachers, and leading debunking sites, etc’.

The website Antipropaganda.sk was created in 2015 by a group of individuals from security and foreign policy think tanks as a part of a broader programme by the Slovak Security Policy Institute. The page publishes regular analyses reacting to hoaxes, stereotypical stories about the European Union, NATO and other topics promoted by the Kremlin-inspired disinformation campaigns. There are several other notable projects countering disinformation. The GLOBSEC Institute website Counterdisinfo.org is a virtual one-stop shop, a toolkit for civil society organisations and active citizens concerned about their information environment. The GLOBSEC Institute also developed an online course called Media and Disinformation. Blbec.online, a website developed by unknown vigilantes, aggregates and processes open sources of online data from Facebook groups, showing most viral fake news and their sources from the Czech and Slovak online space. Konspiratori.sk is creating a database for individuals and companies who are trying to avoid having their paid online advertisements on websites spreading hoaxes and fake news.

Media literacy and critical thinking are not new topics in the Slovakia’s public debates or public policies. In the area of formal education, the first experimental programmes can be traced back to the years 2005-2007 when the State Pedagogical Institute prepared educational texts, methodological guidelines, and workshops for teachers with the engagement of journalists, mass media theorists, and other experts. In 2011, the concept of media literacy in the Slovak Republic within the context of lifelong education was adopted by the Slovak government as a key document defining goals, strategy, and assumptions in creating an effective media education system. Media literacy and critical thinking are most often in the curriculum or broader agenda of organisations dedicated to furthering teacher training, reforming Slovakia’s educational system and empowering civil society. The examples include the Comenius Institute, the Institute for Active Citizenship, the InfoKompas project, created by the Strategic Policy Institute and Demagog.sk, or the Slovak Debate Association.

[list colors=“#73002c^#73002c^#73002c^#73002c^#73002c^#73002c“ sc_id=“sc1475552677580″]1. To publicly acknowledge the presence of pro-Kremlin propaganda and disinformation campaigns in order to be able to adopt effective counter-measures involving all the relevant subjects including state agencies, media, and NGOs.^2. To increase the openness of the state institutions towards the public with transparent and clear communication.^3. To improve grant schemes for civil society support.^4. To improve cooperation between the relevant subjects.^5. To raise the awareness of disinformation, hoaxes and propaganda campaigns among the general public, and increase the media literacy of the population in general, in particular students at secondary schools and relevant state representatives.^6. To improve legislation in regard to the ownership and funding of the media.[/list]

The text was written in the year 2018, so some parts of it may be outdatet, but still it represents important facts about information landscape in Slovak Republic.
We publish this text with authors and publisher approval. 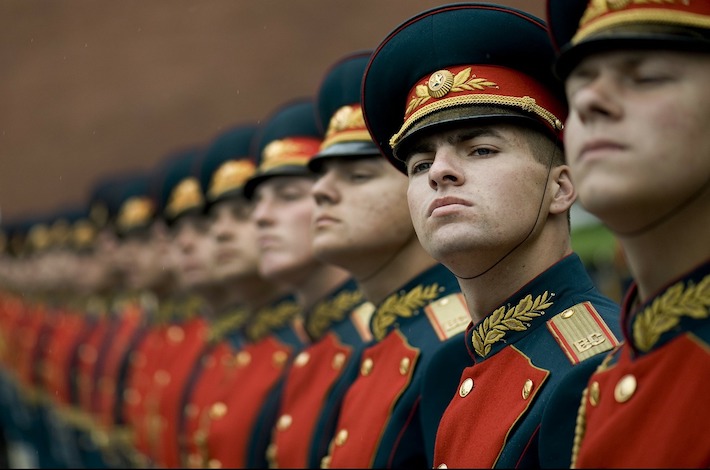